One year ago today our lives (and many others) were forever changed. It was a typical summer Sunday. The girls were recently out of school and summer was just getting started. Golf camps, surf camps, Vacation Bible School and an annual camping trip to Big Sur were approaching. Not to mention relaxing days at the beach and in our backyard pool with family and friends. Life was good. 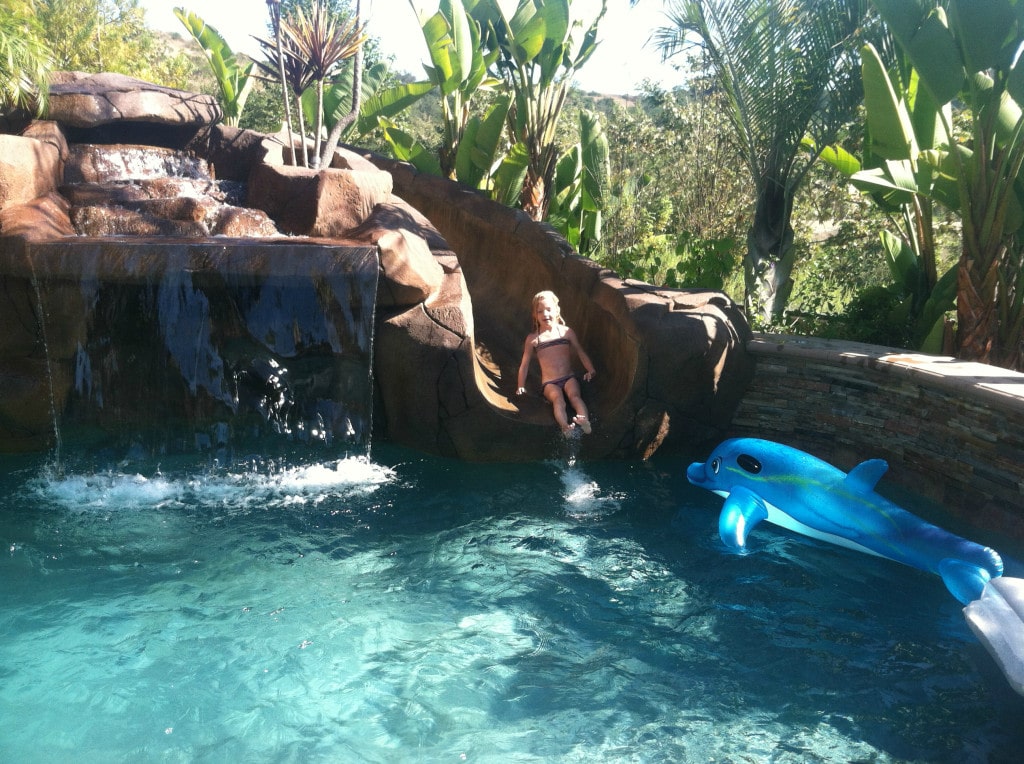 My sister and her family came over for a belated birthday celebration for my brother-in-law. It was to be a day of splashing in the pool and grilling pizzas on the barbecue. It started off like any typical pool gathering. Lily and older cousin Lydon, were perfecting their jack-knife technique while jumping off the top of the pool waterfall. (Something she has done a thousand times). All eight of us were in and around the pool at the time of Lily’s last jump. (Thank God).  Auntie had her underwater case on her iPhone and caught everything on video, including the accident. 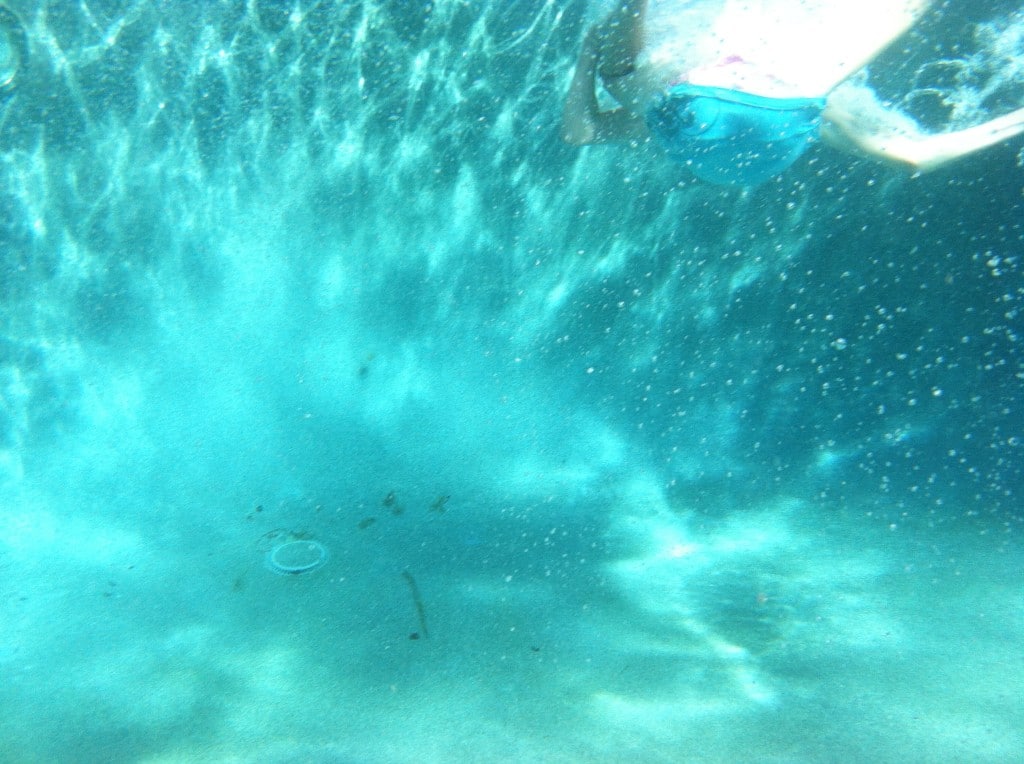 That’s Lily as she showing us her spectacular jack knife dives, she’s on her back arms to the side, feet still above the water. Lily was wired that day,  with tremendous enthusiasm and she was taking it very serious.

Her last jump she landed more on her back, it looked like it would have hurt.  But her head popped up out of the water and hen we asked are you OK, she smiled as she swam towards the edge of the pool.  Just a few strokes short of the pool’s edge, she seemed to freeze up and as she fell backward. Something was wrong. We asked her cousin standing above her at the edge was she OK? He shrugged. Within seconds Jim flew in and pulled her out of the pool. I ran to them and after what I saw and  the sounds coming from Lil. My first thought was that she was having a seizure.  I remember was my brother-in-law yelling “CALL 9-1-1!, CALL 9-1-1!”

By the time the paramedics (aka our angels) arrived several minutes had passed (which felt like hours). Jim and my brother-in-law had already started CPR. (Ironically, Lily and I had met one of the paramedics a couple times the last few years in the grocery store. He gave Lily many gold Fireman badge stickers). After some violent CPR by him (nothing that I’d ever seen!) and 2 defibrillation shocks later Lily regained a weak but somewhat steady heart rhythm.

Lily was rushed to the local hospital in San Clemente. There doctors frantically worked to keep her stable and get a CT scan. While Lily went for her CT scan Jim and I poked our heads in the waiting room to acknowledge Jim’s parents—that’s when we heard those two words I’ll never forget, “Code Blue.”  Lily went into cardiac arrest for the second time as she was entering the CT scan. Next thing I knew I was on the floor in the emergency room crying and screaming, I thought she was leaving us again.

Once her heart rhythm was restored she was quickly placed inside the CT scan. Doctors wanted to make sure that she didn’t suffer any blunt force trauma that we may not have witnessed when she entered the water. She was immediately taken up the road to CHOC at Mission Hospital where she would be in the best hands for acute critical care. The plan, pray she makes it through the night and stable enough for one more transport further up the road to CHOC Orange, at the crack of dawn to avoid commuter traffic. She made the trip and was admitted to PICU, room 618. She remained in that room for an entire month. 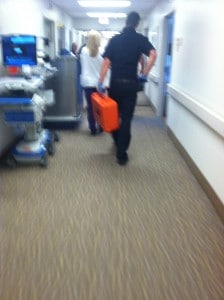 After several heart studies, ICD surgery, MRI’s, countless EKGs and X-rays Lily moved to less critical care on the 5th floor. Where we were on borrowed time to find Lily’s next home away from home (the hospital and insurance was pushing us out to take Lily home). After CHOC we moved to Miller Children’s Hospital in Long Beach for 11 weeks, she was accepted in the rehab program. Unfortunately, Lily spent several of those weeks in and out of the PICU for a variety of issues. Once again, insurance was pushing us out of the program. This time we knew we were not going to win the fight so we decided to “Let Go, and Let God”.

Since Lily’s been home she has continued to improve and progress. She continues to amaze us all with her spirit and her physical progress. I can only speak for myself but life has changed in so many ways.  I’ve lost and gained. I’ve learned so much. I learned about the human body from doctors, nurses, therapists and specialists yet I’ve learned so much about human nature from strangers, family and friends. I’ve learned that it’s hard for some to deal with life altering events and extreme sadness. I understand but sometimes I also wonder why when we’re the ones in the trenches. But I’m learning and I’m trying to be more understanding. (The last thing I want to do is push anyone away). How some people don’t know how to talk to her because she’s in a wheelchair or think that she’s not mentally there because she isn’t talking back. How I’ve had to learn the “system” and fight for services and education. How every day is Groundhog Day. How isolating our world has become and every day I search for something to break the monotony. How I feel solely responsible for her happiness. How hard Lily works and how she desperately strives to get better by doing hours and hours of therapy, 7 days a week. How I’ve had become two different mothers; one for Lily and one for Charlotte. How it has challenged Jim and I, I miss sleeping next to him at night (we trade off being with Lily every night). How I lay awake at night watching Lily’s heart rate monitor to see if she’s sleeping or awake or if she’s in pain. How I feel I can’t relate to anyone and the outside world most of the time. How lucky and thankful I am to be Lily’s Mom but at the same time this means that I hurt deeper than anyone.

But like my aunt always told me the pendulum swings both ways. There are those who have brought so much love and support to our family that I cannot find the words to express my gratitude. The posts and notes and prayers from all over the globe mean everything. We are so blessed with unbelievable family, friends, classmates and fellow parishioners who have been there for us through these 12 months.  Lily has shown and taught me so much. She is my inspiration. She has been knocked down time and time again but she keeps getting back up and fights on. She has brought me closer to God. She’s shown me the goodness in people. I’m learning to let go and stop trying to control outcomes and to fully trust in God. The practice of patience, everything happens in God’s time. To live in the present; not the past or future. All we have is today, here and now. And I’m forever grateful that at this moment Lily is sitting next to me, laughing, smiling, and breathing.