A Test of Faith

The last 48 hours have been some of our most challenging yet. It has been a series of ups and downs but one thing is for sure and that is that nothing is for sure. On Saturday Jim and I made our first trip out of the CHOC hospital block and went home for a few hours to visit with Charlotte and change out some personal items. Like Auntie previously said, the visit was not our idea but was insisted by Lily’s doctors. Neither one of us wanted to do it for fear of even deeper heartache, but we knew that we needed to take that step sooner rather than later. It was harder than we had imagined. Every step, every corner, every look in every direction was a reminder of our sweet Lil’. And just when you think you can’t feel any worse – you can. 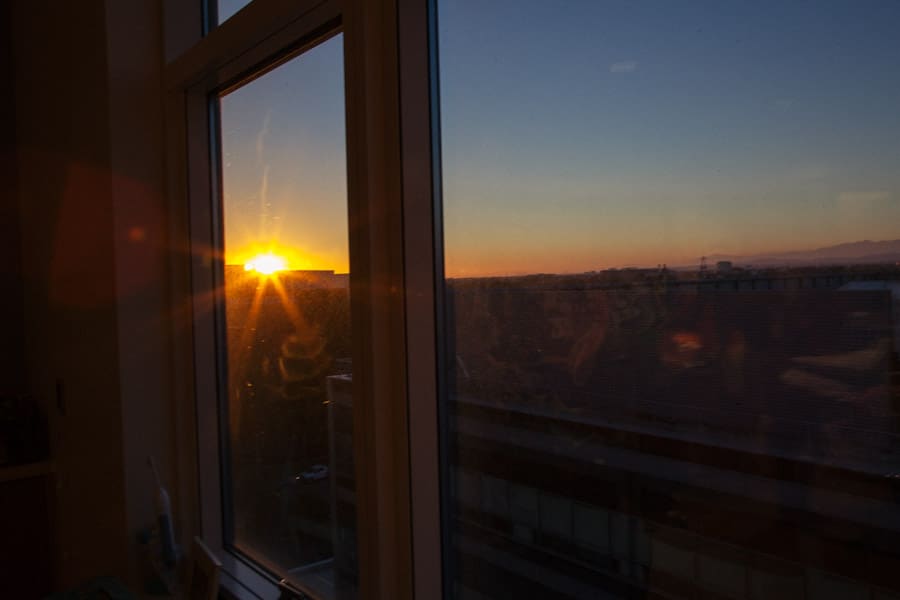 the view from our home away from home

Sunday morning Lily had a radiology evaluation for her g-tube. Everything looked good and she was given the “OK” to proceed with the procedure. However, shortly after we returned to her room from radiology she experienced a sustained run of arrhythmia; something we hadn’t seen in nearly a week. She was brought out of it with sedation medication and thankfully her blood pressure and oxygen levels remained stable. We kept the room quiet all day to help her rest. One of our favorite nurses, Kim was coming on for the evening shift and she insisted that Jim and I get out for some fresh air together. Since Lily was resting peacefully and she was in her care we decided to take her advice. After a walk across the street and a stop at the hospital’s prayer room we came back Lily’s room to find Kim and doctors in her room. She had another sustained run of arrhythmia during the brief time we left and was again brought out of it with sedation meds. For fear of arousing her or agitating her I decided for the first time that I would not curl-up and sleep at the foot of her bed. But unfortunately it all started again around 4AM. This time Kim cut the episode short by intervening sooner. Afterwards I had to climb in bed with her this time . . . I needed it.